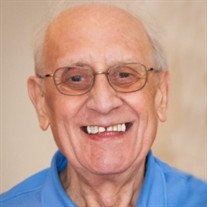 Cremation rites have been accorded. A Celebration of Life will be held at a later date. Memorials may be made to the Alzheimer's Association. Kibler-Brady-Ruestman Memorial Home in Bloomington is assisting the family with arrangements.

Kenneth was born on October 1, 1928 in Bristol, England, a son of Henry and Emily Beatrice Riley. He married Margaret Clark on April 6, 1949 in Bristol England.

He was preceded in death by his parents; and 6 brothers and sisters.

Kenneth proudly served in the Royal Air Force. He was employed as an engineer at General Electric for many years.

Kenneth was loved and will be dearly missed.

Online condolences and memories of Kenneth may be left for the family at kiblerbradyruestman.com.

To send flowers to the family or plant a tree in memory of Kenneth Tucker, please visit our floral store.

To send flowers to the family in memory of Kenneth Tucker, please visit our flower store.