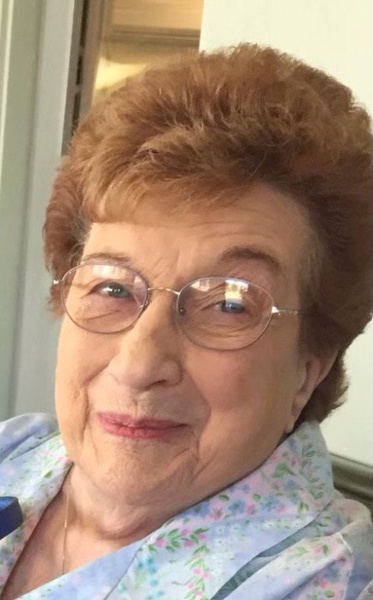 Her funeral service will be held at 11 a.m. on Wednesday, Dec. 29, 2021, at Kibler-Brady-Ruestman Memorial Home with Chaplain Tim Mitchell officiating. A visitation will be held from 10 a.m. until the time of the service at the memorial home. Those in attendance are required to wear a mask.

Interment will be in Park Hill Cemetery in Bloomington. Memorial contributions may be left to the Community Cancer Center in Normal or the Alzheimer’s Association.

She was preceded in death by her parents and a brother, Richard Gibson.

Marjorie was a graduate of Jacksonville High School and Stephens College in Columbia, Missouri. She was a member and past president of the Gamma Beta Chapter of Epsilon Sigma Alpha sorority. She worked for District 87 and later for First National Bank of Normal until her retirement. Marjorie was a fan of the Green Bay Packers and the St. Louis Cardinals. Her favorite pastimes were reading, watching game shows, and knitting Christmas stockings for everyone in her family. Marjorie enjoyed spending time with her family and especially enjoyed sharing meals with them.

To send flowers to the family or plant a tree in memory of Marjorie C. Wing Weaver, please visit our floral store.

To send flowers to the family in memory of Marjorie Wing Weaver, please visit our flower store.