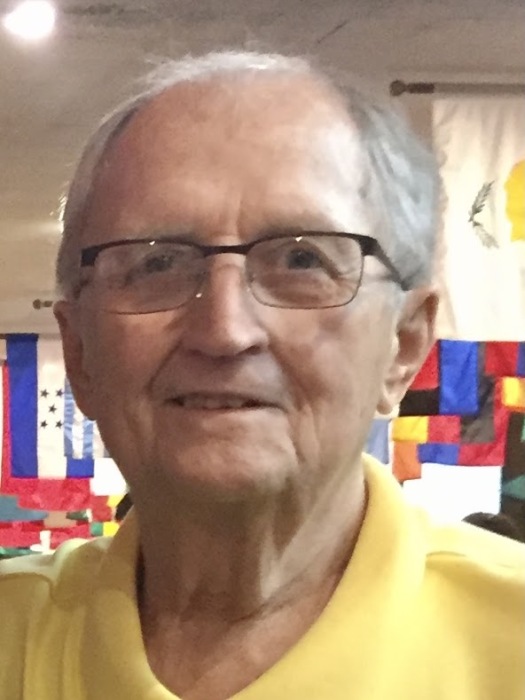 He is also survived by his sons Leon (Tammy) Bacon, Bloomington and Douglas (Elaine) Bacon, Defuniak Springs, Fl and grandchildren,  Brendon, Jacqueline, and Lauren Bacon, all of Normal, Il and several nieces and nephews.

He was preceded in death by his parents, sisters Eileen, Betty, Geraldine, Doty and brother Charles

Paul was a 1957 graduate of Lanphier High School and Veteran of the Illinois National Guard.  He began work on the Chicago, Missouri, and Western railroad before moving his family to Bloomington in 1968 and working on the GM&O Railroad and eventually Amtrak as a conductor before retiring in 2000 after 40 years in railroading.

Paul was an avid fan of the New York Mets, Chicago Bears, and the University of Illinois football and basketball teams.  Over his retirement years, he enjoyed listening to music, in particular, the Eagles and supporting his grandchildren in their many activities.  He always looked forward to being with his family and friends and he will be dearly missed by all of those that knew him

A memorial service will be held at a later date and burial will be in St Elmo, Il  In lieu of flowers, memorials can be made in Paul’s name to the Kevin Brown Cancer Foundation, KB Strong Fighting The Fight, 1210 Kensington Dr., Washington, IL 61571

To send flowers to the family or plant a tree in memory of Paul Richard Bacon, please visit our floral store.

To send flowers to the family in memory of Paul Bacon, please visit our flower store.
Send a Sympathy Card