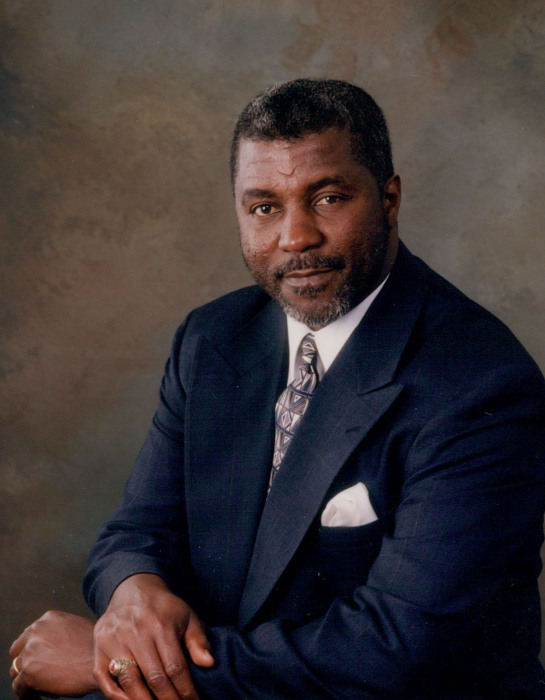 Bloomington – Rev. Larry T. Brooks, 69, of Bloomington, passed away at 12:30 p.m. on Wednesday, December 8, 2021 at his home surrounded by family.
His funeral service will be held at 11:00 a.m. on Friday, December 17, 2021 at Mt. Pisgah Baptist Church in Bloomington. Visitation will be held from 10:00 a.m. until the time of the service at the church. Memorial contributions may be left to his grandson, De’Ontae Whitfield, for his future education. Kibler-Brady-Ruestman Memorial Home in Bloomington is assisting the family with arrangements.
Larry was born on May 24, 1952 in Yazoo City, Mississippi, a son to Otha E. Mitchell and Eunice Jackson Brooks.  He accepted Christ at an early age and was baptized at Chapel Hill Baptist Church, Yazoo City, MS. He married Latreva Winford on August 17, 1991 in Bloomington.
After the death of his mother in 1963, he was raised, along with his brother Ron, by his maternal Aunt Ella Louise Gray of Natchez, Mississippi (‘63-‘65), Aunt Maybell Johnson (’65-’67), and Auntee Ethel Paterson (’67-’75) of Yazoo City, Mississippi.
Surviving are his loving wife, Latreva Brooks of Bloomington; daughters, Marquaysha Brooks of Bloomington, and Kyra (Scott) Davis of North Carolina; grandchildren, De’Ontae of Bloomington, Wes Davis, and Judah Davis, both of North Carolina; brothers, C.D. Brooks, and Major (Ruby) Brooks, both of Kansas City, Kansas and Otha E. Mitchell of Birmingham, Alabama; sister-in-love, Sally Brooks of Kansas City, Kansas; cousins who are like sisters, Annie and Mary of Mississippi and a host of nieces, nephews, and cousins; special friend, Rachel Rusk; and his faithful pet companions, Ada, Chanel, and Tiger.
He was preceded in death by his parents and brothers J. Frank and Ronald Brooks.
Larry attended Gustavus Adolphus College in St. Peter, Minnesota, where he did his undergrad studies, and was an avid basketball player. He was attending Marquette Law School when he received the call to preach the Gospel. He went on to earn his Master of Divinity degree at Lincoln Christian Seminary in Lincoln. After graduation, he interned at First Christian Church in Bloomington. He later started his career as a Chaplain for the Veterans Administration, serving in Jackson, Mississippi; San Antonio, Texas; Buffalo, New York; Chicago, Illinois; and Wichita, Kansas, where he retired. As a Chaplain, Larry loved conducting chapel services, and sharing stories with the veterans he served.
Devoted in his faith, Larry had endless love for his Lord. He was never afraid to talk anyone, no matter their status in life. Often, he would ask youngsters he met through a fast food drive thru or cashiers if they were in school or where they attended Church. Also, Larry often hired men from the Salvation Army to help with yard work or other home projects, and leaving them with words of encouragement. He also loved sports, going fishing, and going about the town to be with people whether at the hardware store or the A Kut Above barber shop.
Larry was a member of Mt. Pisgah Baptist Church, serving on the usher board, male chorus, and the last 24 years as an Associate Minister.
The family wants to acknowledge the care received from the Cancer Care Center, OSF Home Healthcare, and the special care and respect shown by the Carle BroMenn Hospice team.

To send flowers to the family or plant a tree in memory of Rev. Larry T. Brooks, please visit our floral store.

To send flowers to the family in memory of Rev. Larry T. Brooks, please visit our flower store.