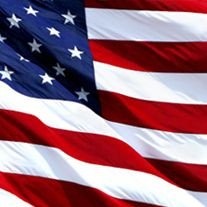 Memorial contributes may be given to the Community Cancer Center in Normal.

Thomas was born on January 10, 1946 in Fort Dodge, Iowa, a son to John Paul and Dorothy Jewell Manion Gargano, Sr. He married Nancy Weaver on June 19, 1971 at Holy Trinity Catholic Church in Bloomington.

He was preceded in death by his parents and a brother, John Gargano, Jr.

Thomas received his Master's degree in Geography and Geology in 1987 from Illinois State University. He proudly served his country in the United States Army and reached the rank of Sergeant. He was stationed in Juneau, Alaska, where he was a surveyor.

He was a member of Holy Trinity Catholic Church in Bloomington since 1971. Thomas was an avid Yankees fan, and enjoyed bowling, painting and crafting in his spare time. He appreciated poetry and wrote more than fifty poems on his blog Thomag2.wordpress.com. He was a talented singer, songwriter, and musician. When he was younger, he was a member in the singing duo Casual Teez and once opened for The Beach Boys. He and his son performed as Pop & I at various local venues. Later in life, Thomas was a regular performer at Potbelly Sandwich Shop in Bloomington.

Thomas was loved by many and will be greatly missed by all those who knew him.

Online condolences and memories of Thomas may be left for his family at kiblerbradyruestman.com.

To send flowers to the family or plant a tree in memory of Thomas James Gargano, please visit our floral store.

To send flowers to the family in memory of Thomas Gargano, please visit our flower store.