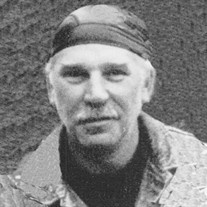 His family will receive friends on Tuesday, October 4, 2016 from 5 to 7:00 p.m. at Kibler Brady Ruestman Memorial Home in Bloomington. Cremation rites will be accorded.

Albert was born on April 21, 1955 at Bloomington a son of Albert J. And Sandra Appenzeller Emery. He married Kim Henry on April 12, 1974 in Bloomington. He later married Candy Malinowski on June 8, 1985 in Bloomington. She preceded him in death on November 14, 2013.

He was preceded in death by his wife and father.

"Butch" was currently employed by Beer Nuts, where he has worked for over 44 years. He was an avid hunter and enjoyed spending time with his buddies at the Curry Hunting Club. Hunting and riding his Harley Davidson motorcycle was what he enjoyed most.

Online condolences and memories of "Butch" may be made to the family at kiblerbradyruestman.com.


To send flowers to the family or plant a tree in memory of Albert "Butch" Emery, please visit our floral store.

Please click here to view the video tribute
To send flowers to the family in memory of Albert Emery, please visit our flower store.