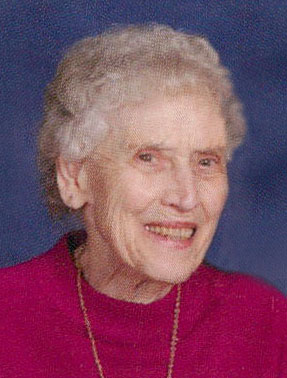 Her Mass of Christian Burial will be at 11:00 a.m. on Friday, August 12, 2022 at St. Mary’s Catholic Church in Bloomington with Father Greg Nelson officiating. A visitation will be held from 10:00 a.m. until the time of mass at the church. Kibler-Brady-Ruestman Memorial Home in Bloomington is assisting the family with arrangements.

Anne was born on May 14, 1926 in Bloomington, a daughter to Martin J. and Anna (Hauptman) Hoeniges. She married John R. Petri on June 1, 1946 at St. Mary’s Catholic Church. He preceded her in death after seventy-five years of marriage.

She was also preceded by her parents, son, John P. Petri, brothers, Martin and Andrew Hoeniges, and sister Elizabeth Gremer. She is survived by many nieces and nephews.

Anne was a homemaker and worked at the Illinois State University dining center for several years. She was a life-long member of St. Mary’s Catholic Church and the American Hungarian Club.

To send flowers to the family in memory of Anne D. Petri, please visit our flower store.
Send a Sympathy Card