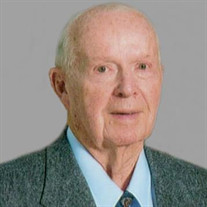 Bloomington - Arthur H. Wellmerling, Jr, 91, of Bloomington, passed away at 2:01 p.m. on Wednesday, May 10, 2017 with his family by his side at Bickford House in Bloomington.

His funeral service will be at 11:00 a.m. on Tuesday, May 16, 2017 at Kibler-Brady-Ruestman Memorial Home in Bloomington with Pastor Terry Strom officiating. Visitation will be from 9:00-11:00 a.m. on Tuesday prior to the service at the memorial home.

He was a lifelong member of Trinity Lutheran Church in Bloomington. Arthur loved tinkering with old cars, taking pictures with his camera and collecting lawn mowers and flashlights. He enjoyed going out to eat with ‘the boys'.

Arthur was a loving father, grandfather and family man and will be greatly missed.


To send flowers to the family or plant a tree in memory of Arthur H. Wellmerling, Jr., please visit our floral store.

To send flowers to the family in memory of Arthur Wellmerling, Jr., please visit our flower store.
Send a Sympathy Card