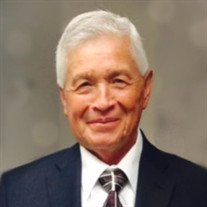 A celebration of Arturo's life will be held at a later date. Memorial contributions may be made to the Millennium Futbol Club, 702 Maple Place, Normal, IL 61761. Kibler-Brady-Ruestman Memorial Home is assisting the family with arrangements.

Arturo was born July 3, 1937, in Colotlan Mexico, son of Reynaldo and Elena R. Cornejo. He married Carmela Hernandez on June 16, 1968 in Mexico City.

He was preceded in death by his parents and two brothers, Luis and Romaldo Cornejo.

Arturo worked as an accountant in Mexico. He came to the United States in 1970, and worked for Funk Seeds, Caterpillar and Illinois State University, retiring in 2007.

Arturo's passion was his family, and soccer. He enjoyed playing and coaching soccer. He was a founding member of the Bloomington-Normal Internationals, the first soccer team in town, in the early 1970s. He inspired and helped found Millennium Futbol Club, a premiere twin-city Soccer Club, in 2014.

Arturo was a loving husband, father, and grandfather. He will be greatly missed.

To send flowers to the family or plant a tree in memory of Arturo R. Cornejo, please visit our floral store.

To send flowers to the family in memory of Arturo Cornejo, please visit our flower store.