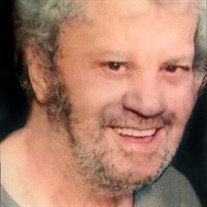 His funeral service will be held at 12:00 p.m. on Saturday, January 7, 2017 at Mt. Pisgah Baptist Church in Bloomington with Rev. Frank L. McSwain Sr. officiating. Visitation will be held one hour prior to the service. Kibler-Brady-Ruestman Memorial Home in Bloomington is assisting the family with arrangements.

Internment will be at Evergreen Memorial Cemetery in Bloomington. Memorials may be made to his family.

He accepted Jesus Christ as his personal savior at a very early age under his father Rev. Aubrey E. Hursey, Sr.

He married Tami Chapin on September 17, 1988 in Bloomington, IL.

Aubrey loved life and lived it to the fullest, he never met a stranger. He loved to talk and always kept you laughing either with him or at him, he was quite entertaining. He touched and influenced a lot of lives.

He was a real entrepreneur and worked various jobs, including at the Eureka Company. Aubrey fulfilled his dream as owner and operator of the Salt and Pepper Club. He was an avid sponsor of the woman's softball league.

Aubrey loved nice cars, riding motorcycles, listening and singing along to all of Ray Charles's music, and was an avid card player.

On Thursday, December 29, 2016 at 12:39 p.m., God dispatched his Archangel to Aubrey's residence, where he was surrounded by his many loved ones, and whispered in his ear. Peacefully, and without struggle, his soul took flight to rejoin his parents, son, Aubrey E. Hursey III, nephew, Larry "Sport" Williams, and his cousins and friends.


To send flowers to the family or plant a tree in memory of Aubrey E. Hursey, please visit our floral store.

To send flowers to the family in memory of Aubrey Hursey, please visit our flower store.