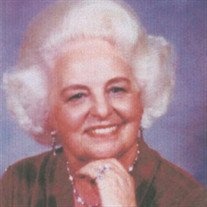 Audrey Haning Scott, 97, formerly of Stanford, passed away at 6 p.m. on Tuesday, January 12, 2021 at Heritage Health in Normal, IL. Kibler-Brady-Ruestman Memorial Home is assisting the family with arrangements.

A graveside service will be at 11 a.m. on Saturday, January 16, 2021 at Eastlawn Memorial Gardens, Bloomington for the immediate family. Officiating is assistant Pastor Jonathan Roberson, First Baptist Church of Clinton. Memorials may be made to Children's Hospital of Illinois, 530 NE Glen Oak Avenue, Peoria, IL 61637.

Audrey worked for the Adjunct General of WY in Cheyenne during WWII. She was a secretary at McLean County Bank, formerly Corn Belt Bank. Later she was a deputy clerk in the office of the McLean County Circuit Clerk, retiring in 2004.

She had been a member of United Presbyterian Church in Stanford and St. Luke Union Church in Bloomington.
Audrey and Bob enjoyed dancing at the Moose Lodge for many years. Her favorite vacation spot was Estes Park, CO.
She was a member of "the sewing club" in the Minier- Stanford area. Bob and Audrey volunteered for several years at OSF St. Joseph Hospital.

The family wishes to thank the Pastor John Roberson for his visits and support, the staff at Heritage Health and Transitions Hospice.


To send flowers to the family or plant a tree in memory of Audrey Haning Scott, please visit our floral store.

To send flowers to the family in memory of Audrey Scott, please visit our flower store.