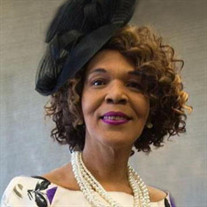 Barb attended East St. Louis Lincoln Senior High School where she graduated in 1977. She then moved to Bloomington-Normal where she attended Illinois State University and earned her Bachelor of Science Degree in Criminal Justice in 1981. Barb worked for the city of Bloomington for 32 years, initially working as part-time police dispatcher.

In 1993, she became the city Community Relations Coordinator. Barb retired in 2014 after eight years as Deputy City Manager. She was involved in her community. A caring, united force who, in 1996, helped organize the first "Not in Our Town" anti-racism march in Bloomington-Normal.

For years Barb served as a Housing Commissioner for the City of Bloomington Housing Authority. She was an officer of the Central Illinois Chapter - The Links, Incorporated, whose mission has always been in "educational, civic and inter-cultural activities."

Barbara was an active, life-time member of the NAACP, and recipient of the "Woman of Distinction Award." She was also a member of Loving Missionary Baptist Church, where the Rev. William Johnson services as Pastor. The family also wishes to acknowledge Bishop Curtis Malone, of East St. Louis, Illinois.

Barb was preceded in death by her father, mother, brother, Ernest, Jr., niece, Sheleese, and two nephews, Marcus and Darryl.

Community leader and retired Bloomington deputy city manager Barb Adkins was remembered Monday as "a doer" and "a giver" who "made everybody feel welcome."
Adkins, 61, who helped organize the city's first "Not In Our Town" march, died Saturday.
"Number one was her dedication to the city," recalled former Alderman Michael Matejka, who worked with her while he served on the Bloomington City Council and with other organizations, such as the antiracism group Not In Our Town. He said she "made everybody feel welcome" and was always looking for ways to move the community forward.
Adkins worked 32 years for the city, retiring in 2014 after eight years as deputy city manager. She began as a part-time police dispatcher and became community relations coordinator in 1993, community affairs specialist in 2000 and deputy city manager in 2006.
In 1996, she was the force behind the anti-racism march from what is now the McLean County Museum of History in downtown Bloomington to Mount Pisgah Baptist Church.
"She always stood up for people, always stood up for the right things, but did it in a mannerism that was inviting and inclusive to all people and worked so hard behind the scenes for our community," said Matejka during a council meeting on Monday. "(she) really lived and breathed Bloomington, Illinois."
"She was certainly an incredible jewel to our community," said Mayor Tari Renner during the meeting.
After her retirement from the city, she worked as manager of the Route 66 Visitors Center at the Museum of History.
"You knew she was passionate about human rights, but she did it in a way that did not frighten but invited people," Matejka said. "She had a real gift for giving everybody a chance to learn and an opportunity to grow."
Adkins grew up in East St. Louis, one of five children. She came to Bloomington-Normal to attend Illinois State University and stayed after graduation.
Her sister, Diane Adkins, said her older sister would be remembered for "her kind, giving spirit. She was such a giver."
A 1999 recipient of the YWCA Women of Distinction Award, Barb Adkins was involved with the NAACP, the Bloomington Housing Authority and Central Illinois chapter of The Links, an international public service organization.
Former Bloomington Alderman Karen Schmidt said: "She was a doer. She got stuff done."
Whether it was dealing with neighborhood issues or the logistics of moving a historic house from one part of town to another, Adkins was the person to whom Schmidt and others turned.
When Schmidt worried about whether something could be accomplished, Adkins told her, "Councilman, I've got this," Schmidt recalled.
Longtime friend Treyci Spears of Bloomington said, "She had such a big heart."
Spears said, "When she committed her mind to something, she would see it through to the end. She gave of her time, talent and finances."

To send flowers to the family or plant a tree in memory of Barbara Jean Adkins, please visit our floral store.

Please click here to view the video tribute
To send flowers to the family in memory of Barbara Adkins, please visit our flower store.
Send a Sympathy Card