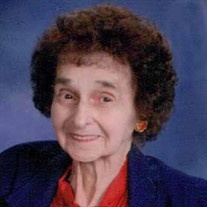 Her funeral service will be at 11:00 a.m. on Saturday, March 11, 2017 at Trinity Lutheran Church in Bloomington with Pastor Terry Strom officiating visitation will be one hour prior to the service at the church. Kibler-Brady-Ruestman Memorial Home in Bloomington is assisting the family with arrangements.

She was preceded in death by her parents; two brothers, Thomas and Herman Jr.; a niece, Sharon Holderby and an infant niece, Terry Mittelstaedt.

She was a lifelong member of Trinity Lutheran Church in Bloomington. She enjoyed reading, traveling and cooking, especially baking. For many years she baked birthday cakes for all of her family and friends and dozens of Christmas cookies for the holidays.

Betty was loved by all and had many friends. A special thank you to the OSF Hospice nurses provided care and comfort. Betty was a special person and will be greatly be missed.


To send flowers to the family or plant a tree in memory of Betty Jean Hall, please visit our floral store.

To send flowers to the family in memory of Betty Hall, please visit our flower store.