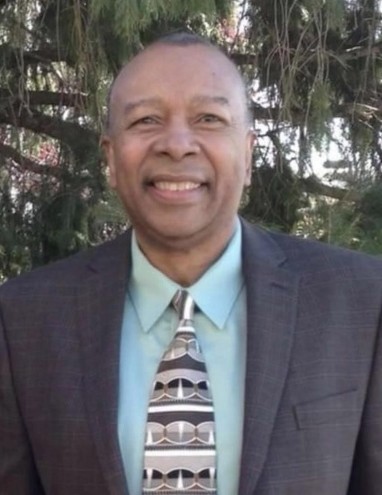 
Brett Arnett Simmons was born April 17, 1959. His entrance into the world was remarkable. Because his parents, Jasper and Lois, were without transportation when Brett decided to enter the world, they flagged down a car and raced to Michael Reese Hospital in Chicago, where their strapping 7lb 11oz baby boy was born.


Lois experienced illness after Brett’s birth, so her mother and father, Robert and Dora Mae Kirkwood, lovingly packed the young family’s belongings and moved them to Bloomington, IL, where extended family could assist.


Called “One,” because he was the first-born son, Brett became part of the fabric of the Bloomington-Normal community. He attended Irving Grade School where he was known to be a respectful, courteous and kindnatured young boy. Brett loved to recount the story of his middle school installing a metal fire escape tube. Many students were afraid to kick the interior door in to access the chute. His teacher noticed he was “a brave boy,” and called on him to carry out the task. He did so successfully and the teacher sang his praises to his father after school. The pride on his father’s face was one of Brett’s fondest memories.


Brett’s wanderlust began at a young age. Traveling to Washington D.C. for an 8th grade trip and later to Quebec, Canada had great impact, as until then, he had only experienced Bloomington. He learned the world had unique and wonderful offerings, and took advantage of every opportunity for next experiences. Traveling remained one of his great passions throughout his life.


Brett progressed from Irving School to Bloomington High School (BHS) where he proved to be a wonderful athlete, a talent he most likely inherited from his father Jasper, who played baseball in the American Negro League. An excellent split end receiver, Brett played football for four years, making amazing catches and often helping lead his team to victory. He was also on the Tennis Team and the Varsity Track Team.


Brett’s interests were diverse, and even as a teenager, he was looking ahead to his future career. In May of 1974, Brett won 2nd place honors from Junior Achievement of Central Illinois for creating “B & N Suppliers” under the mentorship of State Farm. He was also named a Junior Executive for completing six months in the program with an 80% attendance rate and a ranking in the top one-third of company sales. Brett also participated in the program in 1975, and received the Executive Award of Excellence.


In 1977, Brett enjoyed the unique experience of participating in the AFS International domestic exchange program on behalf of the BHS International Club. The exchange program provided opportunities for students to experience life in different parts of the United States. He traveled to Evergreen, CO, where he and six other BHS students spent a week learning in an “open school” environment. Upon completion, this group shared their observations with BHS educators. He also traveled to Milwaukee, WI representing the club.


Highly participatory in BHS activities, Brett emceed the annual fashion show, “Breezin’ 77,” which was sponsored by the student Human Relations Committee. Another important aspect of the club was the annual black history assembly. Coinciding with Black History week, the club presented performances to encourage unity and togetherness, and Brett was a regular performer. His performing talents were also showcased in the BHS Music Department, where he was the resident drummer throughout his high school years. His mother, Lois, recalls the day he first admired a drum in a store window. He was “very young, but really wanted it, so I bought it for him.” She said she had no idea he would love drumming so much and become so well-adept.


While he never knew a stranger, the fact that many friends and family were unaware of his many talents speaks to Brett’s humble and modest character. Brett worked through high school as a manager at Kentucky Fried Chicken, and being a tall, handsome young man, modeled for Dewinters Clothing Store both locally and at fashion shows in Chicago, IL.


A life-time learner, Brett graduated from BHS in 1977. He attended Southern Illinois University for a year before transferring to Illinois State University, where he excelled academically and graduated with a Bachelor of Science in Economics in 1983. His Master’s studies included the University of Southern California School of Business Management CBO Program from 2002-2006, and the Lusk Center Ross Program in Real Estate Development in 2007.


Brett’s son, Jermaine was born in 1975. In 1981, Brett married Cindy Schrantz of Bloomington, IL and together they had a daughter, Nikki.


Brett worked at State Farm for a short period before joining Chrysler in St. Louis, MO. He was recruited by The Pillsbury Company in 1991 and relocated to become a Brand Marketing Analyst at their World Headquarters in Minneapolis, MN, where he remained until 1998. Always working to further his career, Brett moved to Northern, CA in 1998 and joined the Coca-Cola Company as a Regional Business Development Manager. In 2001, he became a Commercial Real Estate Broker for Balalis Real Estate in Newport Beach, CA.


In 2004, Brett met Trudy Jones of Cooksville, IL. His best friend and the love of his life, the two shared a partnership for the next seventeen years enjoying family, friends, and life together.


In 2008, Brett returned to Bloomington to assist in the care of his ailing father with whom he had always shared a close and meaningful bond. During this time, Brett worked part-time at Karr Construction and Lowes Home Improvement. Big-hearted and service-minded, Brett also volunteered for the McLean County Township.


Brett attended Mt. Pisgah Baptist Church in Bloomington until moving from the area, and again upon his return. He was baptized in 1970.


An avid sports fan, Brett never missed a USC Trojans, Chicago Bears, or Chicago Cubs game. He prided himself on being able to turn anyone into a “fan.” Brett will be missed by his family and friends, but we know in the true spirit of the USC mascot, Tommy Trojan, he will “fight on!”


Brett was preceded in death by: Robert and Dora Mae Kirkwood (grandparents), Jasper Simmons (father), Richard Carr (step-father) and other aunts and uncles.

Brett is survived by:

Love of his life: Trudy Jones of Cooksville, IL

To send flowers to the family or plant a tree in memory of Brett Arnett Simmons, please visit our floral store.

To send flowers to the family in memory of Brett Simmons, please visit our flower store.
Send a Sympathy Card