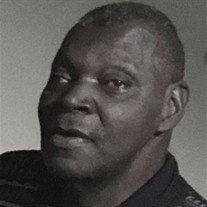 His funeral service will be at 11:00 a.m. on Friday, January 3, 2019 at Mt. Pisgah Baptist Church in Bloomington with Pastor Melvin Lavon Campbell officiating. A visitation will be held from 9:30 a.m. until the time of the service at the church. Kibler-Brady-Ruestman Memorial Home in Bloomington is assisting the family with arrangements.


To send flowers to the family or plant a tree in memory of Brian R. Waddell, please visit our floral store.

Please click here to view the video tribute
To send flowers to the family in memory of Brian Waddell, please visit our flower store.
Send a Sympathy Card