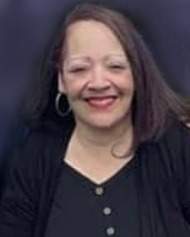 Carolyn Barber-Johnson was born on August 20, 1963, in Gary, Indiana to Val Morris and R.V. Barber.  Carolyn was baptized at an early age at Starlight Missionary Baptist Church in Chicago, Illinois.

Carolyn attended Oliver Wendell Holmes Elementary School, Beale Elementary School, and Visitation High School.  After graduating Visitation High School, she attended Illinois State University in Normal, Illinois.  She received her Bachelor of Science degree with a minor in Criminal Justice on August 8, 1987.  While attending college, she was a member of the Interdenominational Youth Choir and pledged as an Omega Psi Phi Fraternity Pearl (Que Pearl).  Other activities Carolyn enjoyed were being an Eastern Star, making Easter baskets, and having a candy store for the neighborhood kids.

She later joined Union Missionary Baptist Church where she met the love her life.

On August 22, 1987, Carolyn married Kenneth D. Johnson where they shared 35 plus years.  From that union they had two children, LaKresha and Kendall.

To send flowers to the family in memory of Carolyn Johnson, please visit our flower store.