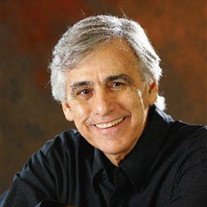 He was born November 2, 1940, in Bastrop, Texas, to Gus and Ruth Harris. The son of a railroad man, Charles never lived in one town for more than a year until high school, when his family settled in Columbus, Texas. A superior athlete who lettered in four sports, Charles received a full ride football scholarship to Texas Lutheran University (Class of 1963). He also caught the acting bug at TLU after a speech teacher wandered up to him in the middle of football practice and told him she wanted him to try out for the part of Hercules in a school play. He embarrassedly said "yes" so she would leave the field. Charlie would go on to be cast in the play, and stay active in theater - from summer stock to community theater - throughout his college and graduate school years, and then picking up acting later in life post-retirement with roles in several plays and independent films.

At the urging of a Professor and mentor, he applied to graduate school at Southern Illinois University (SIU), where he received a teaching assistantship. As a teacher, he met a fellow serious student from Chicago, with whom he began a courtship. That woman, Victoria Frenkel, would go on to become his bride. Married in 1968, Charlie passed away just shy of what would have been their fiftieth wedding anniversary this Spring. The title of his book Passionate Virtuosity applies to also Charlie's life.

After earning a Master's Degree and PhD in English, Charlie accepted a teaching position at Illinois State University, where he was a professor for thirty-five years, including serving fifteen years as English Department Chair, until his retirement in 2003. His animated and engaging teaching style made him a popular professor, with many former students sending tributes upon news of his passing. He was a College of Arts and Sciences distinguished lecturer and inducted into the University's Hall of Fame.

Charlie and his wife belong to Moses Montefiore Temple. He loved baseball, watching movies and attending theater and opera with his wife and friends. Known as "Papa" to his adoring grandchildren, he enjoyed keeping tabs on and participating in his grandsons' lives - sporting events, plays, birthday parties, and other events. He was an accomplished author of several books and articles, served on several boards, such as Dalkey Archive Press, and spoke at international conferences.

In keeping with Charlie's wishes, cremation rites have been accorded. A memorial service may be held at a later date. Kibler-Brady-Ruestman Memorial Home in Bloomington is assisting the family with arrangements.

In lieu of flowers, the family asks that memorials may be made to the Charles B. Harris English Department Foundation for Scholarships and Speakers.

To send flowers to the family or plant a tree in memory of Charles B. Harris, please visit our floral store.

To send flowers to the family in memory of Charles Harris, please visit our flower store.
Send a Sympathy Card