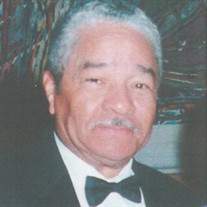 He was interred in the Inglewood Park Cemetery Sunset Mission Mausoleum in Inglewood, CA. Kibler-Brady-Ruestman Memorial Home in Bloomington is assisting the family with arrangements.

Charles was born on April 12, 1930 in Danville, the first of two children born to Charles and Ivanna Cumby. After graduating from Danville High School, he earned a Bachelor of Science degree in Mechanical Engineering from University of Illinois in 1952, and a Master of Science degree in Mechanical Engineering from the University of Southern California in 1965.
In June 1952, he joined the Lockheed Aircraft Corporation in Burbank, CA and was employed there until his retirement in 1989. Cumby participated in design and development of Lockheed YC-130, P3, L1001, YF22, and other aircraft, working in design, flight sciences, and engineering management. 1984 he became "Engineering Program Manager - Commercial" and was "Deputy Director of Research, Test and Engineering - Advanced Tactical Fighter Program" (YF_22) when he retired.

He married Dorothy Arlene Vickers in February 1953 and they lived happily until her passing on September 27, 2009. His parents also preceded him in death. He is survived by his sister, Mrs. Theresa Garrison of Bloomington; his beloved companion, Mrs. LuJuana Hunter of Windor Hills, CA, and nephews, nieces, and friends.

After retiring, he traveled extensively with family and friends, going on tours and cruises to all of the continents except Antarctica and visiting more than 55 countries.

He greatly enjoyed golf and was a member of the Marston Washington Golf Club. His other hobbies and avocations were photography, reading, gardening, and studying the vagaries stock and bond markets.

A special thanks to Caryl Robin and Chrystal Taylor and to his doctors, nurses, and caretakers who cared for him in Bloomington and Los Angeles during his battle with cancer.

In accordance with his wishes, no funeral or memorial service was held.
Condolences and memories may be shared with his family at kiblerbradyruestman.com

To send flowers to the family or plant a tree in memory of Charles Cumby, please visit our floral store.

To send flowers to the family in memory of Charles Cumby, please visit our flower store.