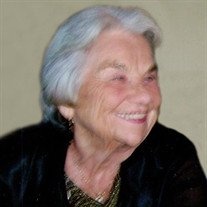 Her visitation will be from 5-7:00 p.m. on Monday, November 14, 2016 at Kibler-Brady-Ruestman Memorial Home in Bloomington.

A private family entombment will be at East Lawn Mausoleum in Bloomington with Pastor Kent King-Nobles officiating. Memorials may be made to First United Methodist Church in Normal.

Cleo was born on March 15, 1922 in Fayette County, Illinois, a daughter to William Curtis and Nellie Rachel Buzzard. She married Kenneth L. Schroeder on May 30, 1943 in Urbana, Illinois.

She was preceded in death by her parents; and five siblings, Ward Buzzard, Helen Shelton, Lila Goodson, Dwight Buzzard and Forrest Buzzard.

Cleo was a happy, jovial person. She was born and raised on the family farm in Fayette County, Illinois. She graduated from a country grade school and later from Altamont High School. Cleo attended University of Illinois and later cosmetology school in Urbana, Illinois.

She worked during WWII in the clerical field in Washington, DC and later relocated to a position at Chanute Air Force Base and also worked at Ft. Benning during WWII.

Cleo later married her husband, Ken and began family management and being a full time housewife. Her first 10 years of married life as husband Ken's companion was at various U.S. locations during WWII and Korea. In 1947, they located to Normal, Illinois which became their permanent home.

She was a member of First United Methodist Church in Normal and was an avid bridge and tennis player. Cleo was loved and will be sorely missed by all.


To send flowers to the family or plant a tree in memory of Cleo K. Schroeder, please visit our floral store.

To send flowers to the family in memory of Cleo Schroeder, please visit our flower store.