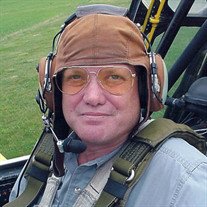 David Burton Mercier, 70, of Kappa, passed away September 20, 2020 at 9:20 am at Carle BroMenn Medical Center, Normal, IL after a 4-year fight with cancer.
David was born September 10, 1950 at Mennonite Hospital, Bloomington, to E. Burton C. and Mary L. Gooding Mercier.
He was a graduate of University High School in 1968. The summer after high school, David spent the summer studying computer and electrical engineering at Carnegie Mellon University. David went on to study business marketing and chemical engineering at the University of Colorado Boulder graduating in 1974. His studies also included time at Illinois State University.
Following his schooling, David moved to New York City, N.Y. to work as a research analyst for National Broadcasting Company (NBC). He also held positions as a research analyst at Donaldson, Lufkin & Jenrette and Programmer at Chase Bank. David went on to start Micro Applications Systems in Port Washington, NY. He returned to Bloomington in 1989 and was the former Vice President at Bloomington Offset Process (B.O.P.I). David was the founder of Daves World internet services providing home internet. David final career position was Chairman at Starnet Digital Publishing.
David was a proud member of the Sigma Chi fraternity. He was a Charter Member of the Bloomington Normal Sunrise Rotary '89; served as president '91-'92; and named a Paul Harris Fellow in 1992. David was a Mason with the Normal Lodge 673 and Valley of Bloomington Scottish Rite. He was a proud US Marine who completed Officer Candidate School at Quantico and was honorably discharged.
During his time in New York, he met his "Beshert" wife, Gladys F. Tietz,. They were married February 14, 1980 at the Harkness House of Ballet in New York City and celebrated their 40th wedding anniversary earlier this year.
David had many hobbies of which included flying, fishing, hunting, golfing, rocketry, rock and gem collecting. He was an avid reader and always had a wealth of knowledge to share. David considered himself a wine aficionado and known for saying "It doesn't get better than this." He was a friend to everyone he met. His love for family and friends was apparent through the years, especially to his grandchildren.
David is survived by his Wife Gladys F. Mercier of Kappa; Daughter Meredith (Pedro) Diaz of Bloomington; Grandchildren Viviana and Owen Diaz of Bloomington; Mother Mary L. Mercier of Carlock; Sisters Karen (Rich) Crusius of Bloomington and Mary Jo (Sandy) Adams of Carlock: Brother Tom (Sandy) Mercier of Carlock;; several nieces, nephews; great nieces and nephews; Ruby his black lab puppy. He is preceded in death by his Father E. Burton Mercier; maternal grandparents John C. and Frances Gooding; paternal grandparents Charles and Ruth Mercier.
Kibler Brady Ruestman Funeral Home, Bloomington is assisting his family with services. A private burial will be at Parkhill Cemetery, Bloomington . Rabbi Dubow will officiate. A celebration of life will be from 3 to 6 on Wednesday September 23, 2020 at the family home. The family will sit Shiva Thursday, September 24, 2020.
In lieu of flowers, memorials may be directed to The Community Cancer Center, The Cholangiocarcinoma Foundations or Moses Montefiore Temple, Bloomington. The family thanks Dr. Jeong and all the staff at The Community Cancer Center, MD Anderson, and all the staff at Carle BroMenn for their wonderful care for Dave. The family would also like to thank Rabbi Dubow for the guidance and wisdom.

To send flowers to the family or plant a tree in memory of David Burton Mercier, please visit our floral store.

To send flowers to the family in memory of David Mercier, please visit our flower store.