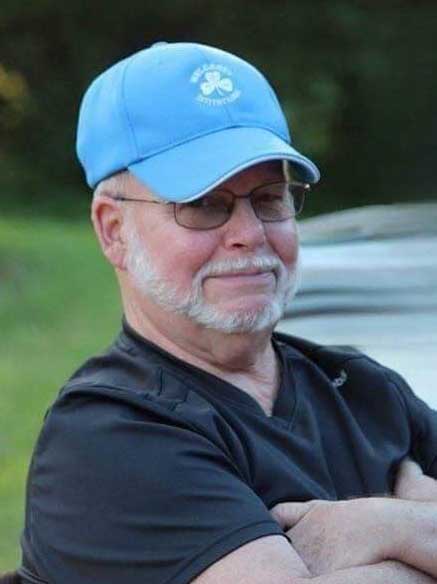 David was born September 10, 1942 in Bloomington. He was the son of Thomas and Bernardine T. (Ryan) Mulcahey. His parents and sister, Mary Ann Mulcahey preceded him in death.

He leaves behind his daughter, Kaci (Clay) Gordon, her sister Ashley (Chris) Derry, their mother, Kimberly Hilger, and granddaughters, Caroline Derry, and Calli and Kenedi Gordon. As well as many Godchildren and cousins, including Danton Mulcahey and Judith Mulcahey Reihard, whom he was especially close to.

David retired in 2002 from Illinois State University. He enjoyed playing golf, growing a large garden, and camping with his girls. He will be remembered for his kindness and generosity, he was always willing to help and never knew a stranger.

His Mass of Christian Burial will be at 2:00 p.m. on Saturday, July 9, 2022 at St. Mary’s Catholic Church in Bloomington. Visitation will be from 1:00 p.m. until the time of the service at the church. Kibler-Brady-Ruestman Memorial Home in Bloomington is assisting the family with arrangements.

Interment will be at St. Mary’s Catholic Cemetery in Bloomington. Memorials may be made in his name to McLean County Animal Control.

His family would like to give a heartfelt thank you to the loving and attentive staff that cared for him during his last few months at The Loft in Normal and to the Carle Hospice Team.

To send flowers to the family in memory of David A. "Tiger" Mulcahey, please visit our flower store.
Send a Sympathy Card