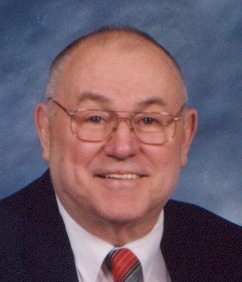 Dave was born on September 24, 1932 to David N. Stanton Sr.  and Jewel Stanton (Gray) in the upstairs bedroom of his grandfather and grandmother’s brick home in Atchison, Kansas. As a young man, he served in the Army during the Korean War.

On March 7, 1952, he married his beloved wife Barbara (Schweder); the seven decades they spent together after being set up on a blind date involved moves to Utah, Oklahoma, Missouri, Iowa, Ohio, Indiana, Minnesota, and Illinois as Dave was regularly assigned to manage and supervise flour mills throughout the country for ADM and Pillsbury. No matter where they found themselves, they shared a deep and meaningful love for each other. As Dave himself once wrote, “I could not have found any better person to be my wife.” Dave and Barb also found meaning, inspiration, and solace in their faith. Everywhere they moved, they found a community of people in the churches they joined that led to long and fulfilling friendships.

Dave and Barb settled in Springfield for good shortly after the birth of their first grandchild. The proximity to family allowed them to remain active in their children and grandchildren’s lives. They looked forward to holidays, athletic events, musical concerts, plays, and any other excuses to spend time together. Dave always had his camera within arm’s reach in his effort to capture and hold onto those moments forever.

After faith and family, Dave’s great love was baseball. A talented athlete and ball player in his youth, he continued to play and coach baseball and softball for as long as he was physically able. After his playing and coaching days, he was glad to spend his summer days cheering on his St. Louis Cardinals.

He will be remembered for his kindness, his gratefulness, and a gentle sense of humor.

Internment will take place at 11am on Monday, July 25th at Camp Butler National Cemetery

Memorial contributions may be made to: West Side Christian Church, Springfield.

To send flowers to the family in memory of David N. Stanton, please visit our flower store.
Send a Sympathy Card