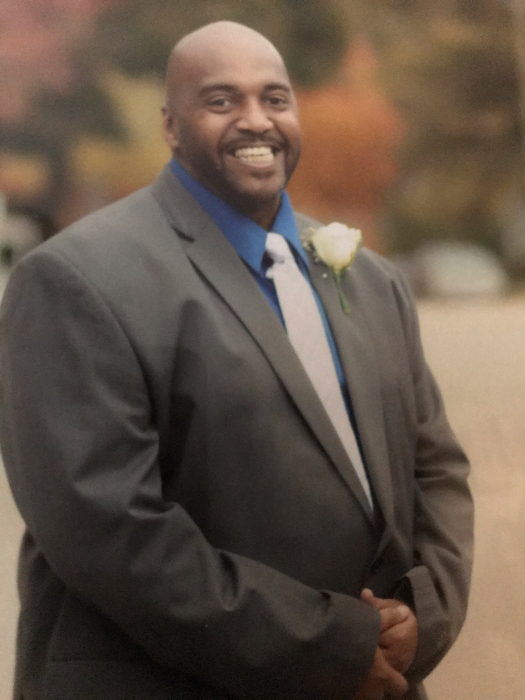 David J. Williams was born to James and Imogene Williams on October 21, 1970 in Chicago, IL. Both parents preceded him in death.
David graduated from Christian Community Academy in Chicago, IL. He later moved to Peoria, IL and that is where he found the love of his life, Andrianne Foster. They were united in holy matrimony on October 27, 2001.
David worked for the Mission Mart Store as well as Express to provide for his family. He was also involved in volunteer efforts such as helping out at Home Sweet Home Mission when the opportunities arose.
David joined House of Prayer Church No. 6 under the leadership of Pastor J. Jarvis. He served as the Director of the Men’s Choir where he enjoyed singing and writing songs for the choir.
David loved life, his family, and friends. He always wore a smile and had a way of making others laugh.
David departed this life on November 5, 2021 at 7:45 a.m. He leaves to cherish his memory, his wife, Andrianne Williams of Normal, IL, three daughters, Amber, Latrice, and Auntoris, of Bloomington, IL; seven grandchildren, Aniya, Amari, Jahmari, Da’Sean, Nevaeh, Da’Monni, Alaya, of Bloomington, IL; two sisters Renee Williams of Bloomington, IL and Janet Williams of Chicago, IL, one brother, Brian Williams, who preceded him in death, one aunt, Mitri Gilmore, of Chicago, IL, one uncle, Keith Gilmore of Oak Park, IL, two Goddaughters, Jatoria Wallace and Samantha Williams, and a host of nieces, nephews, cousins, and friends.
.

To send flowers to the family or plant a tree in memory of David J. Williams, please visit our floral store.

To send flowers to the family in memory of David Williams, please visit our flower store.