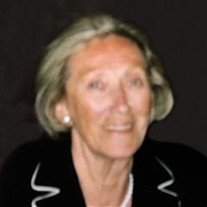 Her Mass of Christian Burial will be at 11:00 a.m. on Monday, March 26, 2018 at Holy Trinity Catholic Church in Bloomington with Fr. Jeffrey Stirniman officiating. Visitation will be from 9-11:00 prior to her service at the church. Kibler-Brady-Ruestman Memorial Home in Bloomington is assisting the family with arrangements.

Interment will be in Holy Cross Cemetery in Normal. Memorials may be directed to MINCEP Epilepsy Care - University of Minnesota Physicians or Central Catholic High School.

She was preceded in death by her parents; son, Patrick Lehman; grandson, Jack Lehman and sister, Rachel Malley.

Diane graduated from Bloomington High School and University of Illinois. She worked for the FBI in Washington, DC and later State Farm Insurance in Bloomington, IL.

She loved spending time with her family and she enjoyed walking the beach and playing tennis and golf.

Diane was a loving and devoted wife, mother and grandmother and will be truly missed


To send flowers to the family or plant a tree in memory of Diane M. Lehman, please visit our floral store.

To send flowers to the family in memory of Diane Lehman, please visit our flower store.