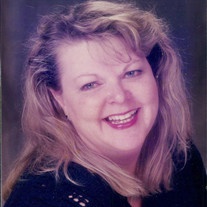 Indianapolis - DiAnn L. Daily, 63, of Indianapolis, Indiana, passed away at 1:00 a.m. on Wednesday, April 20, 2016 at Evergreen Crossing and the Lofts in Indianapolis.

Her memorial service will be at 11:00 a.m. on Friday, April 29, 2016 at First Christian Church in Bloomington with Rev. Jim Warren officiating. Visitation will be one hour prior to the service at the church. Kibler-Brady-Ruestman Memorial Home in Bloomington is assisting the family with arrangements.

Interment will be at Pleasant Valley Cemetery in Kenney, Illinois. Memorials may be made to the American Lung Association or First Christian Church in Bloomington.

DiAnn was born on September 28, 1952 in Bloomington, a daughter to William H. And Niola N. Thompson Daily.

Surviving is her mother, Niola Daily of Bloomington; a sister, Jean (Rodger Melick) Daily of Danvers and several cousins.

She was preceded in death by her father.
DiAnn grew up on a farm in rural Danvers until she graduated from Stanford-Minier High School and moved to Bloomington. She worked at Rolands Department Store and became a buyer for Roland's until they closed. Roland's relocated her to Indiana where she lived until her death. After Roland's she worked in different areas of retail working most recently with a marketing company in Indianapolis that did promotional product placement in stores until her retirement last year.
She enjoyed sports, watching pro baseball (Cubs) basketball, football (Colts) and golf as well as Illinois football and basketball. She played softball for many years and later golf. She enjoyed playing euchre and socializing with friends.

DiAnn was a good friend, and daughter and will be deeply missed by her friends and family.

Online condolences and memories of DiAnn may be left for the family at kiblerbradyruestman.com.


To send flowers to the family or plant a tree in memory of DiAnn Daily, please visit our floral store.

To send flowers to the family in memory of DiAnn Daily, please visit our flower store.