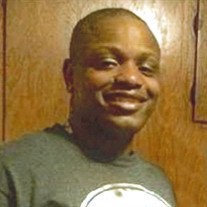 His funeral service will be held at 11:30 a.m. on Wednesday, February 5, 2020 at Mt. Pisgah Baptist Church in Bloomington with Rev. Brian Peacher, Sr. officiating. Visitation will be from 9:30 a.m. until the time of the service at the church. Kibler-Brady-Ruestman Memorial Home in Bloomington is assisting the family with arrangements.

Memorial contributions may be left to the family.

Dion was born to Lisa Brown Johnson and Renee Canady on April 13, 1982 in Chicago.

He was preceded in death by his brother, Deandre Canady.

He became the head varsity football coach for the Gwinn Modeltowners in Michigan in 2014. In 2016, he helped lead the Modeltowners to their first playoff appearance in 17 years. This earned him the UP Sportswriter and Sportscaster Association award as the Large School Coach of the Year.

Dion was a kind man with a big smile and an even bigger heart. He took pride in being a role model to young athletes. He was loved by many and will be greatly missed.


To send flowers to the family or plant a tree in memory of Dion Steven Brown, please visit our floral store.

Please click here to view the video tribute
To send flowers to the family in memory of Dion Brown, please visit our flower store.