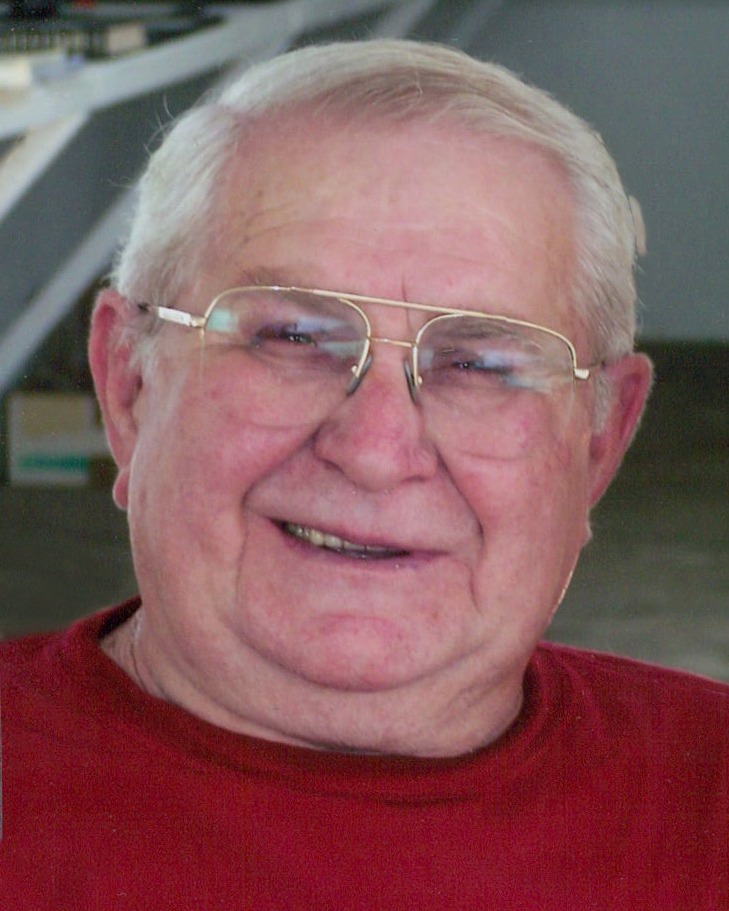 Donnie was born on February 21, 1939, to Jane (Woodmansee) Schenkel and Donald Schenkel of Bloomington, IL. An original West side boy, “Schenk” grew up exploring the “forty acres” with his brother, uncles, cousins and friends.

He was a class of 1957 graduate of Bloomington High School. In his late teens and early twenties Donnie raced motorcycles with friend Joe Evans; traveled the show car circuit with his 1955 gypsy red Chevy Bel Air with friend Gene Howard; and worked in many Bloomington body shops as a paint and body man. Donnie hired on as a Brakeman with the GM&O Railroad on May 15, 1960. On May 15, 1964, Donnie married the love of his life, Patricia S. Leggett. They moved to Covell in 1965 where they raised their family and have resided for the past 57 years. Donnie went on to work for the Illinois Central Gulf, Amtrak, Illinois Central and Canadian National Railroads. “Pappy” retired in June, 2001, with (according to him) 41 years, 21 days and 12 hours of service. After retirement, Donnie could often be found driving around Covell on his mower or golf cart, (sometimes with a cold Bud in one hand), sitting in his man-cave garage, Dale Earnhardt hat on his head, enjoying a Nascar race or tinkering on a project.

Donnie was also a volunteer firefighter with Dale Township Fire Department for over twenty years. He was a member of the UTU Local 453. Donnie enjoyed attending the retired railroader’s breakfasts and meeting with the Bloomington Class of ‘57 breakfast group.

He was preceded in death by his parents and his brother Richard E. Schenkel.

Donnie was known as a loving, hardworking man. He enjoyed spending time with his family and friends, and especially loved supporting his grandchildren in their various activities over the years. No one could stretch out a story longer or tell a joke better than him. Donnie considered himself a bit of a rebel, so imagine his surprise when in recent years he found out he was a direct descendant of Mayflower crew member John Alden and his wife Priscilla (Mullins) Alden, his 13th great-grandparents. Donnie’s bravery, strength and courage during the past few years is an example to us all.

The family would like to thank his health care team for the past few years of care. Special thanks to Dr. Hoschek and staff, Dr. Allen, Dr. Fernandez and staff, Dr. Young, Hospice Care RN Heather and staff, and his caretaker Gina.

A celebration of life services will be held at Kibler Brady Ruestman Memorial Home in Bloomington on Wednesday, December 28, 2022, at 12:00 p.m. A visitation will be from 10:00 a.m. until the time of the service at the memorial home. Inurnment will immediately follow at Evergreen Memorial Cemetery in Bloomington. Marvin Kaufman, Merle Clark, Sam Shelton, Larry Leggett, Allen Leggett, and Wade Crone will serve as honorary pallbearers.

To send flowers to the family in memory of Donald E. Schenkel, please visit our flower store.