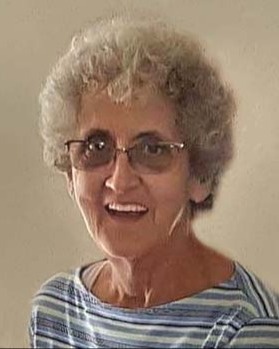 Interment will be at East Lawn Memorial Gardens in Bloomington. In lieu of flowers, memorial contributions may be left to the Alzheimer’s Association.

Donna was born on December 28, 1947 in Bloomington, a daughter to Edward and Mary (Carey) Marshall. Her parents preceded her in death. She was also preceded by her son, Stephen “Stevie” Graham, and her two beloved dogs, Buddy and Midnight.

She is survived by her sons, Bob (Stephanie) Lawrence of Bloomington, Travis (Cissy) Lawrence of Davenport, Iowa, and Bryan (Nicole) Graham of Cashiers, North Carolina; and many precious grandchildren and great-grandchildren.

Donna was a longtime member of the Holy Trinity Parish in Bloomington. She was an avid Chicago Cubs and Pittsburgh Steelers fan. Donna had a generous heart and often donated to many organizations such as the VFW and Wounded Warriors Project.

To send flowers to the family in memory of Donna R. Lawrence, please visit our flower store.