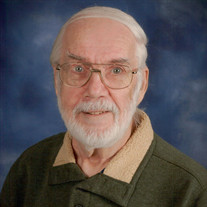 Bloomington - Edgar ‘Ed' L. Grizzle, 76, of Bloomington passed away at 10:26 p.m. on Sunday, August 6, 2017 at Heritage Manor in El Paso, Illinois.
His memorial service will be at 2:00 p.m. on Friday, August 18, 2017 at College Park Christian Church in Normal with Rev. Brent Salm officiating. Cremation rites have been accorded. Kibler-Brady-Ruestman Memorial Home in Bloomington is assisting the family with arrangements.
Memorials may be made to Fresenius Kidney Care, Bloomington or Abundant Life in Christ Church, Bloomington.
Ed was born on January 29, 1941 in Normal, Illinois a son of David L. and Louise E. Kauth Grizzle. He married Mary Fike on January 29, 1965 in Bloomington. She preceded him in death on December 21, 2007.
Surviving are his children, Tami (Larry) Wright of Normal and John (Monica) Grizzle of Le Roy; brother, Ronald (Bonnie) Grizzle of Normal; grandchildren, Caleb, Camden and Emma Wright and Brady and Carter Grizzle and many nieces and nephews.
Ed was preceded in death by his parents.
He graduated from Normal Community High School, class of 1959. Ed proudly served 3 years in the United States Army stationed in New York.
Ed worked for State Farm Insurance Company for 35 years. After retiring, his passion was working with the disadvantaged and those who were less fortunate than he was. He published one book, It's Your Decision: Parenting the Way God Intended and was working on another book, It's Your Decision: Allowing God to Help You.


To send flowers to the family or plant a tree in memory of Edgar 'Ed' L. Grizzle, please visit our floral store.

To send flowers to the family in memory of Edgar Grizzle, please visit our flower store.