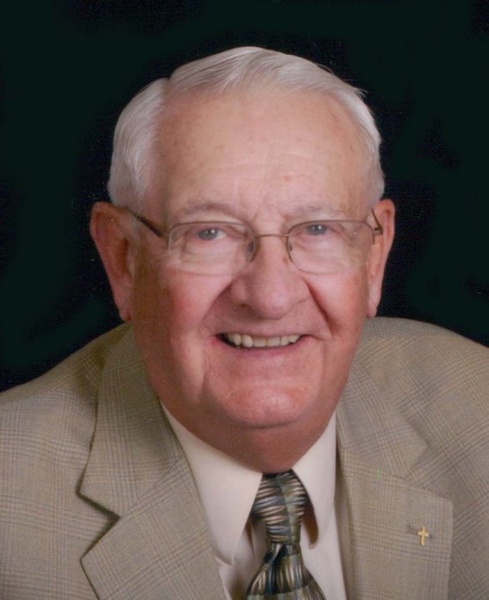 Bloomington – Gordon Herbert Schroeder, 88, of Bloomington, passed away at 8:55 p.m. on Wednesday, June 9, 2021 at Carriage Crossing Senior Living of Bloomington.

His funeral service will be at 1:00 p.m. on Saturday, June 12, 2021 at Good Shepherd Lutheran Church with Pastor Chad D. Lueck officiating. Visitation will be held from 11:00 a.m. until the time of the service at the church. Full Military Rites will be accorded by the Bloomington-Normal American Legion Honor Guard. Kibler-Brady-Ruestman Memorial Home in Bloomington is assisting the family with arrangements.

Entombment will be at Park Hill Mausoleum in Bloomington. Memorial contributions may be made to Good Shepherd Lutheran Church.

She survives in Bloomington.

He was preceded in death by his parents and a brother.

Gordon attended Grassy Ridge Elementary School (a country school about five miles south of Bloomington), University High School, and later Illinois State University where he obtained a Bachelors’ of Science in Education. He worked for State Farm Insurance for a short period of time as a mail boy before proudly serving his country in the United States Army during the Korean War. He returned to State Farm in 1955. While at State Farm he supervised the Machine Accounting Department and later became Assistant Director of Account. In 1982, he served on President Regan’s Private Sector Survey on Cost Control commission. He retired in 1994.

Gordon is a member of Good Shepard Lutheran Church where he was very active.

To send flowers to the family or plant a tree in memory of Gordon H. Schroeder, please visit our floral store.

To send flowers to the family in memory of Gordon Schroeder, please visit our flower store.
Send a Sympathy Card