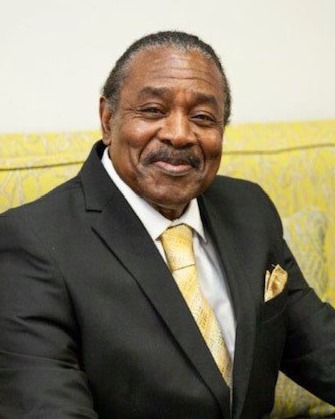 James Herman Johnson, 74, of Springfield, passed away at 5:43 a.m. on Wednesday, October 12, 2022 at Memorial Hospital in Springfield.

The interment will be at East Lawn Memorial Gardens in Bloomington.

Herman was born on October 01, 1948, in Frenchmans Bayou, Arkansas, the oldest son of James and Pearl Lee (Wilford) Johnson.  In 1970, he joined the United States Army, where he honorably served 2 years.  While in the Military, he received a National Defense Service medal, Vietnam Service medal, Vietnam Campaign medal, and Good Conduct medal. On June 07, 1980, he married Daisy Lee (Hamilton) Johnson.

Herman completed a 4-year apprenticeship with the IBEW 197 union as an Electrical Worker.  He worked as an Electrician for Illinois State University for 20 years before retiring in 2010. Herman accepted Jesus Christ as his Lord and Savior during his youth. He was an active Member at Union Missionary Baptist Church in Bloomington for many years before becoming a church member at Northside Church of Christ in Bloomington with his wife. In 2015, he and his wife Daisy moved to Springfield. He was currently a member of New Hope Baptist Church in Springfield.

Herman was a very lovable person, and he never met a stranger. He was very generous and would help people in any way that he could. Everyone knew that he loved to always look and smell good. He loved writing and performing music. He loved his family and long-time friends.

He was preceded in death by his parents and sisters, Emma Edwards, and Bobbie Lee Johnson.

To send flowers to the family in memory of James Herman Johnson, please visit our flower store.