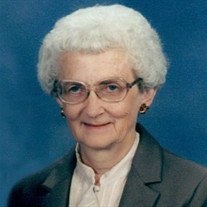 Her funeral service will be held on Thursday, January 17, 2019 at 11:00 a.m. at Kibler-Brady-Ruestman Memorial Home in Bloomington with Pastor Thomas Wirsing officiating. Visitation will be held one hour prior to the service at the memorial home.

Interment will be in Park Hill Cemetery in Bloomington. Memorial contributions may be directed to Trinity Lutheran Church in Bloomington

Janet was born on June 8, 1925 in Waseca, MN a daughter to Edward and Ethel Buck Staehlin. She married Wayne Charles Tallon on August 3, 1948 in Peoria. He preceded her in death on September 21, 2013.

Janet was preceded in death by her loving husband, Wayne; her parents; a son, Stephen Tallon, and a brother, Robert Staehlin.

She was a lifelong member of Trinity Lutheran Church in Bloomington. Janet enjoyed spending time with her family, especially her grandchildren and great grandchildren.


To send flowers to the family or plant a tree in memory of Janet Esther Tallon, please visit our floral store.

Please click here to view the video tribute
To send flowers to the family in memory of Janet Tallon, please visit our flower store.