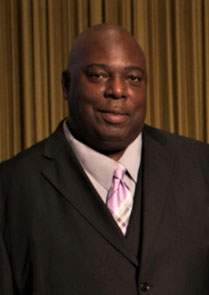 Jewell “JD” Coleman, 58, passed away into the arms of the Lord on Monday, June 28, 2021. The family would like to honor his life through a visitation on Wed. July 7th at Kibler-Brady-Ruestman Memorial Home from 4PM – 7PM. Followed by a home going celebration that will be held on Thurs. July 8th, at Mt. Pisgah Baptist Church at 11AM.

JD was born on March 03, 1963 in Boonville, MO, son of Harold and Lucille Perry Coleman who greeted him at the gates of heaven. He was a resilient child who challenged anyone to any competition. JD was a strong protector, guider, and a foundation for many. He attended Boonville High School and graduated with the class of 1981. Following graduation, he went on to Kemper Military School & College where he dominated on and off the basketball court as a yellow jacket. He was nationally recognized for numerous athletic accolades. After graduating with an Associate’s degree, he went on to work for 3M Postmarks in Columbia, MO for several years. He moved with his family to Bloomington, IL in 1999.

JD was employed at Rivian in Bloomington, Ill. and known best for being a strong man of God, a pillar for his family, an exceptional athlete, and a respected official (referee) for many years in the area. He was involved in several athletic groups and clubs over his years. He played slow and fast pitch softball, lead in bowling leagues, played adult basketball pick-up games, became an avid golfer, and was the master of all jokes. He definitely will be missed even though we know that he was welcomed into a higher court.

To send flowers to the family or plant a tree in memory of Jewell "JD" Coleman, please visit our floral store.

To send flowers to the family in memory of Jewell "JD" Coleman, please visit our flower store.