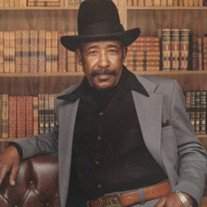 His funeral service will be held at 1:00 p.m. on Sunday, November 15, 2020 at Kibler-Brady-Ruestman Memorial Home in Bloomington. Visitation will be held one hour prior to the service and the funeral home. Military rites will be accorded by the Bloomington-Normal American Legion Honor Guard.

Memorials may be made to the American Cancer Society.

Jimmie was born on December 15, 1929, in Drew, Mississippi, a son to Victor and Sallie (Johnson) Rogers. He married Delores Wilson on March 26, 1987 in Bloomington, she survives.

He was preceded in death by his parents, daughter, Linda Rogers, and son, Jimmie Rogers.

Jimmie was a carpenter for Local #63 and retired after 53 years of dedicated work in 1992. He proudly served his country in the United States Army during the Korean War.

He as a member of the United Brotherhood of Carpenters, New Hope Missionary Baptist Church, Boy Scouts of America, and a member of the Normal Masonic Elijah S. Betts Lodge #23.


To send flowers to the family or plant a tree in memory of Jimmie Lee Rogers, please visit our floral store.

Please click here to view the video tribute
To send flowers to the family in memory of Jimmie Rogers, please visit our flower store.