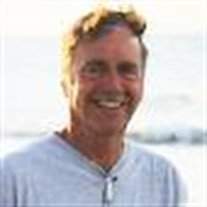 His memorial service will be at 11:00 a.m. on Monday, April 24, 2017 at Our Saviour Lutheran Church in Normal with Pastor Stephen Goodwin officiating. Visitation will be from 3:00-7:00 p.m. on Sunday, at Kibler-Brady-Ruestman Memorial Home in Bloomington.

Memorials may be made to Our Saviour Lutheran Church or Quad County Home Health and Hospice or an organization researching a cure for lung cancer.

JC was born on January 17, 1952 in Irwin, Pennsylvania, a son to Austin and Lillian Adamson Crabill. He married Melanie Moore on December 18, 1981 in St. Francisville, LA. He later married Terri Schleeter Thompson on July 9, 2005 in Normal, IL.

He was preceded in death by his parents and a brother in-law, Walter "Butch" Baird.

JC graduated from Indiana University of Pennsylvania where he was a member of the Kappa Theta Chapter of Kappa Sigma Fraternity. He received his Master's in Safety from Central Missouri State University.

He was employed in Safety for Stone & Webster Engineering Corp in Cherry Hill, MA, St. Francisville, LA and Clinton, IL; Illinois Power Company in Clinton, IL; Jacobs Engineering in Chicago, IL; and he was the Environmental Health and Safety Director at Illinois State University until his retirement in 2016.

JC was a man who never knew a stranger and made friends wherever he went. He loved traveling, especially the annual family vacations to Myrtle Beach and Daytona Beach. When not traveling, he found peace at the lake house he shared with Terri. Growing up in the Pittsburgh area, he was a devoted Steelers fan and shared this love of his team with his family.

His greatest joy in life was his big beautiful blended family. Being ‘Pap" to Jonny and Sophia brought him unending happiness, they were his best medicine during his cancer journey. His family will forever miss his one of a kind personality and the love he had for each of them.


To send flowers to the family or plant a tree in memory of John A. "JC" Crabill, please visit our floral store.

Please click here to view the video tribute
To send flowers to the family in memory of John Crabill, please visit our flower store.