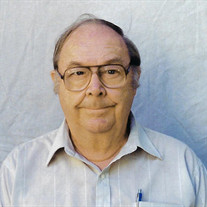 His Mass of Christian Burial will be held at 11:00 a.m. on Saturday, December 7, 2019 at Holy Trinity Catholic Church in Bloomington with Father Geoff Horton officiating. A visitation will be held one hour prior to the service at the church.

Interment will be at St. Joseph Cemetery in Bloomington. Memorial contributions may be made to Holy Trinity Catholic Church.

John served his country in the Merchant Marines and later worked for a long time with dedicated service to the City of Bloomington in the water department.

He was a longtime member of Holy Trinity Catholic Church in Bloomington. John was also a member of the McLean County Geneology Society, IAM Union Lodge 1000, and AARP. He always enjoyed sports, traveling, reading, and learning more about his family history. He was a skilled photographer and enjoyed developing his own film in his darkroom.


To send flowers to the family or plant a tree in memory of John J. Holtz, please visit our floral store.

To send flowers to the family in memory of John Holtz, please visit our flower store.
Send a Sympathy Card