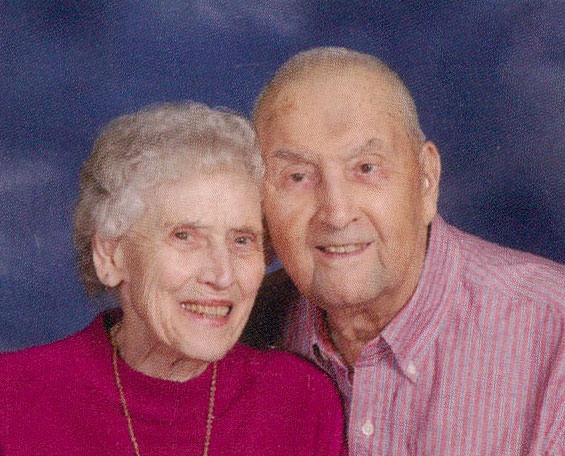 His Mass of Christian Burial will be with his son by his side at 2:00 p.m. on Friday, December 17, 2021 at St. Mary’s Catholic Church in Bloomington with Father Gregory Nelson, officiating. Military rites will be accorded by the Bloomington-Normal American Legion Honor Guard. Visitation will be from 1:00 p.m. until the time of the mass at the church. Kibler-Brady-Ruestman Memorial Home in Bloomington is assisting the family with arrangements.

John was born on February 1, 1923 in Bloomington, a son to Joseph and Anna (Dillinger) Petri. He married Anne Hoeniges on June 1, 1946 at St. Mary’s Catholic Church in Bloomington.

Surviving are his wife of seventy-five years, Anne Petri of Bloomington and numerous nieces and nephews.

He was preceded in death by his parents; sister, Kathryn Woith; brothers, Joseph Petri and Nickolas Petri; and John P. Petri, who recently followed him in death.

John worked as a letter carrier through the Bloomington Post Office, retiring from service after over thirty years. While there, he served as President of the National Association of Letter Carriers and also served as Union President. He served as President of the American Hungarian Club of Bloomington, where he was well known for his service at sausage dinners and fish fry’s. John was a member of St. Mary’s Catholic Church in Bloomington. He proudly served his country in the United States Army during World War II.

His words of wisdom will resonate forever.

To send flowers to the family or plant a tree in memory of John R. Petri, please visit our floral store.

To send flowers to the family in memory of John Petri, please visit our flower store.