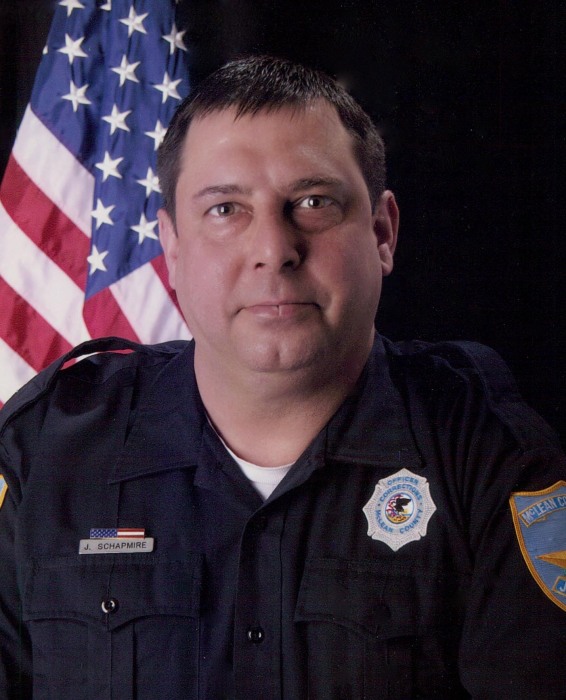 Bloomington – Joseph Robert Schapmire, 55, of Bloomington, passed away at 4:34 p.m. on Friday, May 14 2021 at Carle BroMenn Medical Center in Normal.

His funeral mass will be held at 11:00 a.m. on Saturday, May 22, 2021 at St. Mary’s Catholic Church in Bloomington with Father Greg Nelson officiating. Visitation will be held from 9:00 a.m. until the time of the service at church. Kibler-Brady-Ruestman Memorial Home in Bloomington is assisting the family with arrangements.

Memorial contributions may be made to Home Sweet Home Mission, St. Mary’s Catholic Church, the Salvation Army, or to the donor’s choice of charity.

Joe was preceded in death by his father, Roy, and brother, Bradley Schapmire, as well as his grandparents, several aunts, uncles, and cousins.

Joe was a graduate of Bloomington High School and later graduated from the Police Training Institute of Illinois, where he completed his training as a Correctional Officer. After these graduations, he worked for the Bloomington Police Department and later began his career of twenty-four plus years with the McLean County Sheriff’s Department, where he was a correctional officer until his retirement for health reasons on April 30, 2021.

Joe was a gentle giant, with a booming voice when needed; and had a heart of gold. He loved to cook and leave treats for family, friends, and coworkers. He shared a love of motorcycles with his dad and mom. Rock concerts and sports were also among his favorite things. He helped his dad frame up and build the duplex he lived in. Painting rooms was a breeze with his six-foot, five-inch height. His dad always had Joe’s help with these things and others.

This June was to be very special to Joe, his son Roy would be graduating from DePaul University in Chicago. He loved his son, family, and friends deeply. They will miss the “big guy” deeply as well.

Joe’s family would like to thank all who have helped them and lifted their spirits during this time of mourning. So many have given their time to celebrate and honor Joe’s life. The family is ever grateful.

To send flowers to the family or plant a tree in memory of Joseph Robert Schapmire, please visit our floral store.

To send flowers to the family in memory of Joseph Schapmire, please visit our flower store.
Send a Sympathy Card