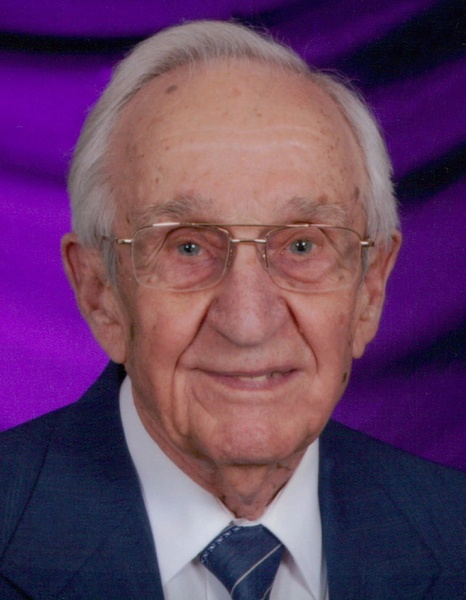 Kenneth lived in the Dakota area and farmed with his brother, Don, then owned and operated Shoemaker Implement in Lena, Illinois with his nephew Loren Shoemaker. In 1985, he became an insurance agent for Grinnell Insurance until his retirement in 1994. In 2005, he and Doris moved to Danvers, IL and then to Westminster Village in Bloomington, IL in 2015. He was a member of Mennonite Church of Normal.

Ken enjoyed watching and listening to others, appreciated humor, and delighted in his family. His life was characterized by his love for Jesus Christ, the church, and service to others. In 1946, he served as a “seagoing cowboy” delivering livestock to China as a form of humanitarian relief in a joint collaboration between Heifer Project and the US government. He and Doris spent a three-year term with Mennonite Central Committee in Java, Indonesia where he worked as a medical assistant. Within the U.S., he participated in eleven trips with Mennonite Disaster Service to rebuild and rewire homes after disasters; he served as president on the Dakota school board, as a church elder and Sunday School teacher. He also volunteered at CONTACT crisis hotline, Freeport Area Church Cooperative, Safe Harbor and Midwest Food Bank.  He enjoyed repairing tractors and farm machinery for friends and neighbors. He was a gentle, kind, and courteous man, generous with his time and resources, his deeds done quietly and unknown by others.

The family expresses appreciation for the compassionate care he received from the staff at Sugar Creek Alzheimer’s Care and Carle BroMenn.

The funeral service will be held 11:00 a.m., Monday, November 15, at Mennonite Church of Normal. Memorials may be given to Mennonite Disaster Service or Mennonite Central Committee.

To send flowers to the family or plant a tree in memory of Kenneth Shoemaker, please visit our floral store.

To send flowers to the family in memory of Kenneth Shoemaker, please visit our flower store.