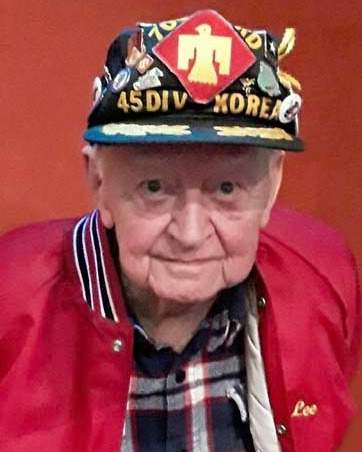 His funeral service will be held at 11:00 a.m. on Saturday, September 10, 2022 at Kibler-Brady-Ruestman Memorial Home in Bloomington. Visitation will be held one hour prior to the service on Saturday at the memorial home.

Interment will be in Centennial Chapel Cemetery in Woodford County. Memorial contributions may be directed to VFW Post 454, Veterans Relief Fund.

Lee was born on February 23, 1928 in Bloomington to Roy William and Isis Edith Robeson Grubel. He married Audrey Mae Miller on October 19, 1952 at Second Presbyterian Church in Bloomington. She preceded him in death on September 6, 2010.

He was preceded in death by his parents; his loving wife of 57 years; and a brother-in-law, Clifford McClure, Sr.

To send flowers to the family in memory of LeRoy M. Grubel, please visit our flower store.