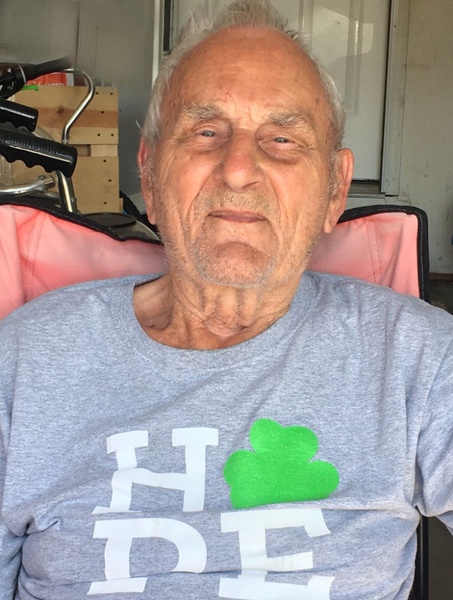 Loren “Bud” Bachman, 87, of Bloomington formerly, of Roanoke, peacefully passed away on July 16th, 2022 at 2:14 p.m. at the McLean County Nursing Home in Normal.

His memorial visitation will be held on Friday, July 22nd, 2022 from 4 p.m. till 7 p.m. at the United Methodist Church in Roanoke. Military rites will be accorded at 7 p.m. at the church. In lieu of flowers, memorial contributions can be made to the Muscular Dystrophy Association or to St. Jude’s Children’s Hospital.

Loren was born on July 22nd, 1934 at his home in Roanoke, a son of Rudie and Beulah (Wagner) Bachman. He married Shirly Wheelwright in September of 1951 in Little Rock, Arkansas. She passed away in 2001.

He was preceded in death by his parents, brother Norman Bachman, and two sons Jeffery and Brent Bachman.

Loren was a United States Army Veteran which he was very proud of. As a lifelong member of the United Methodist Church in Roanoke, Loren accepted the Lord as his savior at a young age. He loved watching sport, and being a handyman for all. He even built the first home he lived in. His favorite thing to do was spending time with his family, especially his great-grandchildren who absolutely adored him.

To send flowers to the family in memory of Loren "Bud" Bachman, please visit our flower store.