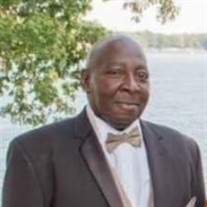 A celebration of life will be held at a later date. In lieu of flowers memorial contributions may be directed to his family. Kibler-Brady-Ruestman Memorial Home is assisting the family with arrangements.

Lynn was born on November 23, 1952 in Galesburg, a son to L. M. And Dorothy Ann Smallwood Pates. He married Maria Myrda in May 1971. They later divorced.

Surviving are his children, Linette (Adam) Sharp and Langston M. Pates both of Bloomington; grandchildren, Christopher, Carson, Crislyn, AJ, Donavin, Leighton, and Librity, and a sister, Linda Pates of Galesburg.
He was preceded in death by his parents; a brother, John E. Pates, and two grandchildren, Layla Margaret and Luca Lee Pates.

Lynn graduated valedictorian of his class and played football for the Quad City Mohawks. He received a bachelor's degree and a master's degree from Illinois State University and was proud to be an ISU Alumni. He was employed with Burlington Northern Railroad as a brakeman, he was also a music disc jockey and a shuttle driver in Bloomington/Normal. He enjoyed coaching baseball and spending time with his family, especially his children and grandchildren. Lynn was loved by many and will be greatly missed.

To send flowers to the family or plant a tree in memory of Lynn Michel Pates, please visit our floral store.

To send flowers to the family in memory of Lynn Pates, please visit our flower store.