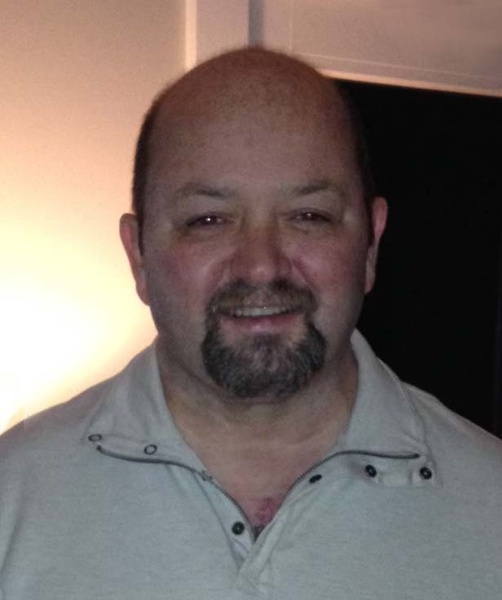 Mark was born in Pontiac, Illinois, on October 12, 1957, son of Janet (Solon) Huddleston and George Ralph and spent his formative years in Streator, Illinois.   He attended St. Mary’s Grade School, Streator High School and Illinois State University (where he was known as the mayor of ‘The Ranch’).  He married Lori Pomeranke on September 24, 1988.

Mark was the original comic book collector and was a lifelong voracious reader.  He had a steel trap of useful and unusual knowledge that was especially appreciated by anyone lucky enough to participate on his trivia team.  Mark could strike up a conversation regarding any current event.  His artful approach to storytelling always included detailed, humorous anecdotes sprinkled with his ‘rich’ perspective. There was never a doubt about Mark’s opinion or where he stood on any given topic.

As an aficionada of Fantasy Football, Mark loved to share his advice – “Don’t forget to set your line-ups!”.  He was a fan of the Chicago White Sox, the Chicago Bears, the ISU Redbirds, and his beloved Streator Bulldogs.

Mark spent most of his professional career in the insurance industry.  In his role as an agent, he was chosen to ‘star’ in a national ad campaign which earned him membership in the Screen Actors Guild and encouraged his love of entertaining.

Mark always loved gathering with his many friends and family.  He was Taylor and Travis’ biggest supporter and fan.  His joy of storytelling was at its peak when sharing the adventures of Lola and Bo and his hopes and dreams for them.  He will be missed but not forgotten and will always be in our hearts.

In lieu of flowers, donations can be made to Special Olympics (support.specialolympics.org), the Streator Public Library (streatorpubliclibrary.org) or to your local public library.

To send flowers to the family in memory of Mark Anthony Ralph, please visit our flower store.