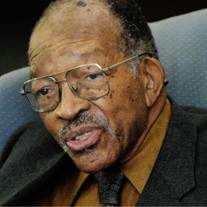 There should be no story about the local and national struggle for Civil and Workers' Rights without mentioning the contribution of Merlin Kennedy.
Merlin was born in Decatur, Illinois on November 7, 1926, the son of Ernest and Bertha (Copeland) Kennedy.
In 1945, he was drafted while in high school by the U.S. Navy to serve in World War II. After completing his duties in 1949, he finished his high school diploma and moved to Detroit, where he used the G.I. Bill to become a mechanical draftsman at the Chrysler Engineering Institute, and later earn a diesel mechanic certification, all at night. His days were spent working and organizing fellow workers at the DeSoto automobile plant.
Because of auto industry layoffs, Merlin returned to Illinois where he earned his pilot's license while looking for work in his fields of study. However, he was told all too often that he was either "overqualified or underqualified for the position".
Merlin eventually earned an entry-level position with the Eureka-Williams Company as a punch press operator. Despite discriminatory efforts against it, he fought his way to foreman, where he supervised more than 60 employees.
By the mid-1960s, Merlin's protests had moved to the public arena when he joined the Bloomington/Normal Chapter of the National Association for the Advancement of Colored People (NAACP) and eventually became its president.
His protests include store boycotts, lunch counter sit-ins, fair housing complaints, and voter registration rallies from Bloomington/Normal to Jackson, Mississippi. One of the most memorable was when he defied local tradition and city ordinances by marching as "Black Santa" in the 1966 Chamber of Commerce Christmas Parade. This gained national media attention.
Merlin was the first chairperson of the Bloomington Human Relations Commission and the first recipient of the Normal Human Relations Commission's Martin Luther King, Jr. Award. He was also awarded the 1999 NAACP's Roy Wilkins Award, and was the Guest of Honor at The McLean County Museum History's 2015 History Makers Gala at Illinois State University.
Merlin was an avid golfer, bowler and softball player. He also enjoyed spending quality time with local youth. He was a beloved Boy Scouts troop leader and then a school bus proctor well into his eighties.
Merlin is survived by three daughters from his first marriage to Bernice V. (Williams) Kennedy (deceased) . . . Marilyn L. Hubbard, Lana Therese White, and Ann Maria Kennedy.
He is also survived by two stepdaughters, Ethel Esters and Diane Cook, who he helped raise with his second wife, Beulah (Thornton) Kennedy. Beulah was his partner in the fight for equality. They met through their work with the local NAACP and were married for 34 years until her death in 2002.
Merlin was also preceded in death by his parents and four sisters, Christine Sloss King, Mattie Mae Harvey, Lillie Mary Strozier, Mary Frances Kennedy, and two brothers, William Kennedy and Ernest Kennedy, Jr., and a stepson, Jimmy Thornton.
In closing, Merlin leaves to cherish his memory grandchildren, great grandchildren, and great-great grandchildren, plus a host of relatives and friends.


To send flowers to the family or plant a tree in memory of Merlin Robert Kennedy, please visit our floral store.

To send flowers to the family in memory of Merlin Kennedy, please visit our flower store.