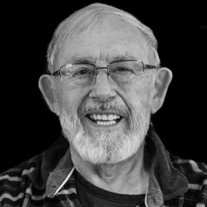 In lieu of flowers, memorial contributions may be directed to the Humane Society of Central Illinois or Illinois State University Athletics.

Michael was born on August 4, 1944 in Peru, a son to Albert and Mary Skowronski Filipiak. He married Deborah Hintz on April 29, 1972 in Kewanee.

He proudly served in the United States Air Force. Michael was stationed at Elmendorf Air Force Base in Alaska, where he did communications for the Minuteman Missiles. He was a member of the Carl S. Martin Post 635, American Legion Normal, IL. He had the opportunity to go to Washington D.C. on the Honor Flight. Michael was a member at St. John's Lutheran Church in Bloomington.

Michael enjoyed being outside, doing yard work. During the holiday season, he loved decorating his home for Christmas and even won Flick's picks Holiday light displays multiple times. He enjoyed spending time with his family, especially his grandchildren. He was dearly loved and will be greatly missed.


To send flowers to the family or plant a tree in memory of Michael A. Filipiak, please visit our floral store.

To send flowers to the family in memory of Michael Filipiak, please visit our flower store.