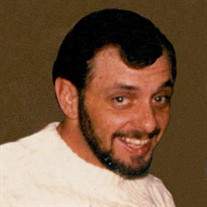 His funeral mass will be at 11:00 a.m. on Friday, October 21, 2016 at Holy Trinity Catholic Church in Bloomington with Rev. R. Anthony Lee officiating. Visitation will be one hour prior to the mass at the church. Full Military Rites will be accorded by the Bloomington-Normal American Legion Honor Guard. Kibler-Brady-Ruestman Memorial Home in Bloomington is assisting the family with arrangements.

Inurnment will be at Holy Cross Catholic Cemetery in Normal. Memorials may be made to the family.

He was preceded in death by his parents and a sister, Debbie Yow.

He enjoyed fishing at Tri-lakes, Miller Park or anywhere on a riverbank. He also liked hunting and playing pool.


To send flowers to the family or plant a tree in memory of Michael Fisher, please visit our floral store.

To send flowers to the family in memory of Michael Fisher, please visit our flower store.