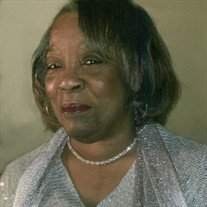 Private family services will be held at Kibler-Brady-Ruestman Memorial Home in Bloomington.

Nona was born on December 11, 1952, in Birmingham, Alabama, daughter to Sarah Mann and William Boykins. She married Donald E. Caldwell on December 16, 1996, he preceded her in death.

To send flowers to the family or plant a tree in memory of Nona L. Caldwell, please visit our floral store.

Please click here to view the video tribute
To send flowers to the family in memory of Nona Caldwell, please visit our flower store.