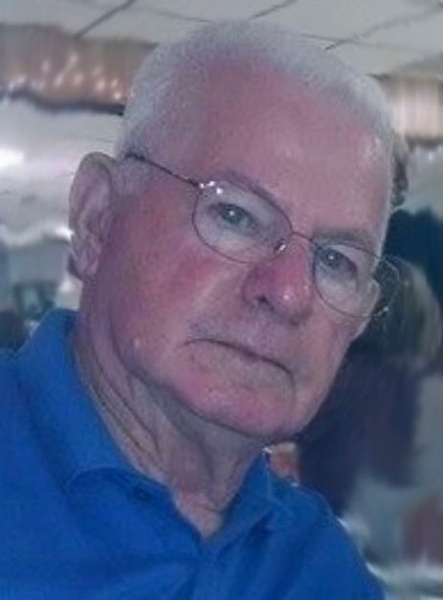 Downs – Raymond “Ray” Curry, 87, of Downs, passed away at 7:20 p.m. on Sunday, December 19, 2021 at his home.
His funeral service will be at 11:00 a.m. on Thursday, December 23, 2021 at Trinity Lutheran Church in Bloomington with Rev. Charles Bahn officiating. Visitation will be held from 5:00-7:30 p.m. on Wednesday, December 22, 2021 at the church and held one hour prior to the funeral on Thursday at the church. Military honors will be accord by the Bloomington-Normal American Legion Honor Guard. Kibler-Brady-Ruestman Memorial Home in Bloomington is assisting the family with arrangements.
Interment will be at Hopewell Cemetery in Downs. Memorial contributions may be left to OSF HealthCare Hospice.
Ray was born on February 18, 1934, in Barnabus, West Virginia, a son to Harley T. and Ethel (White) Curry, Sr. He married Margaret L. Kettner on March 18, 1955 in Bloomington. She preceded him in death.
Surviving are his children, Kenneth R. (Eileen) Curry of Rock Hill, South Carolina, David Curry of Bloomington, Jeff (Kathy) Curry of Downs, Lynda Robbins of Le Roy, and Brenda (Jon) Barcus of Downs; ten grandchildren; seventeen great-grandchildren; one great-great-grandson; sisters, Maxine Ferrell of Delbarton, West Virginia, Mary Flinn of Frederick, Maryland, and Sharon Curry of St. Albans, West Virginia; several nieces and nephews; and special church family, Ban Bui, Bach Bui, and Don Pham and Family.
Ray was raised in Downs and educated in Downs Schools. He served his country in the United States Army as a Military Policeman. He later returned to Bloomington, where he worked for Eureka Williams, Co. and attended Illinois Wesleyan University. He then began working for Shirk Products, Beer Nuts, and Family Farm for fifty-two years.
Over his career he served as a McLean County Sheriffs Reserve Deputy and was involved in the Boy Scouts Trinity Lutheran Church, and many other volunteer and service oriented causes.
Ray was known for his service above self, and his personality and friendship to many.
The family would like to extend a special thank you to Ray’s wonderful caregivers, Debbie and Anna, who gave Dad such wonderful care.

To send flowers to the family or plant a tree in memory of Raymond "Ray" Curry, please visit our floral store.

To send flowers to the family in memory of Raymond "Ray" Curry, please visit our flower store.