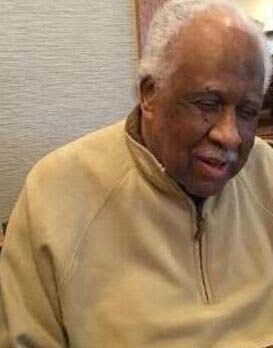 Normal – Reginald “Reggie” Whittaker, 96 of Normal, entered the World in the house where he resided for 96 years and returned unto his God June 15, 2021.

Reginald was born on April 23, 1925, in Normal, IL to Walter Wesley and Caddie (Wilson) Whittaker, the youngest of five children.

Arrangements are being handled by Kibler-Brady-Ruestman Memorial Home in Bloomington and internment at Evergreen Mausoleum in Bloomington.

He attended Normal Public Schools and was part of the first class to attend Eugene Fields Elementary and later graduated from Normal Community High School.

He was a quiet gentleman who greatly loved his family. Reginald was proud of his family history and had a passion for history and genealogy research. With the help of many friends, he was able to publish a 309-page documentary of Black Families of Normal, Illinois and his families’ roots. He was a member of the McLean County Museum of History and a standing member of the Black History Project.

He worked at Woolworths and later retired from General Telephone Electronics Company where he retired December 31, 1991.

Reggie was a friend to everyone who met him and was known for his quick wit and laughter. He was a big fan of the Chicago Cubs and Jazz music.

The Family would like to acknowledge special care giver, Stephanie Moore – Okolonji, who cared for Reggie at his home, the staff at Synergy Homecare and The OSF Hospice Staff.

In lieu of Flowers, donations may be made to the National Blindness Association or Mclean County Museum of History.

To send flowers to the family or plant a tree in memory of Reginald "Reggie" Whittaker, please visit our floral store.

To send flowers to the family in memory of Reginald "Reggie" Whittaker, please visit our flower store.