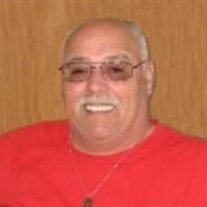 Bloomington - Richard W. Tynan, 75, of Bloomington passed away at 10:02 p.m. on Monday, July 15, 2019 at Advocate BroMenn Medical Center in Normal.
No services will be held. In lieu of flowers, memorials may be directed to American Diabetes Association. Kibler-Brady-Ruestman Memorial Home in Bloomington is assisting the family with arrangements.
Richard was born on May 26, 1944 in Bloomington, a son to William P. and Evelyn A. Phillips Tynan. He married Judith Ann Dixson and later married Betty J. Leisure on September 9, 1979 in Normal. She preceded him in death on May 19, 2019.
He was preceded in death by his parents and one sister and one brother.
Surviving are his two sons, David (Susan) Tynan of Boulder, MT and Dennis Tynan of Winter Haven, FL; four grandchildren; five great grandchildren and a sister, Donna Hundman of Abingdon, VA.
Richard was born and raised in Bloomington. He worked for the Bloomington-Normal Transit System as a bus driver for many years.
He was a member of the Amalgamated Transit Union Local 752 and the Bloomington-Normal Masonic Lodge.

To send flowers to the family or plant a tree in memory of Richard W. Tynan, please visit our floral store.

To send flowers to the family in memory of Richard Tynan, please visit our flower store.